Environmental Works, Inc. rode along with CDL Driver Stephen Collier on a waste haul from Bolivar, Missouri, to the Springfield Noble Hill Sanitary Landfill in September 2020. Stephen talked about how every day of work is different at EWI and how the company gave him the opportunity to be “a lot more than a truck driver.” 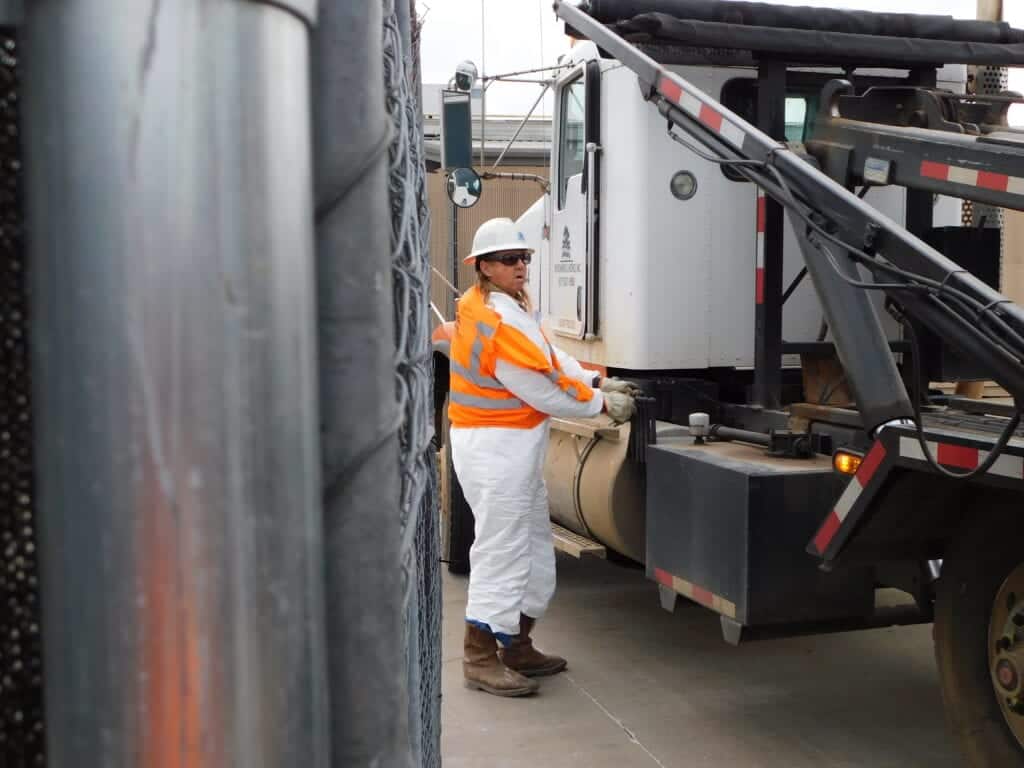 Stephen Collier operates the roll-off hoist on an EWI truck.

EWI: What do you like most about your job?

I always look at a situation like, would I want you in a fox hole behind me? And 99 percent of the people at EWI, I would get in that fox hole with them. I trust them with my life. Every now and then, you get someone here or there, but it washes out pretty quick.

Some of the work is really fun, but most of it is not very appealing. It’s not like anyone says they want to grow up to be an environmental technician.

But that’s what we do. I’m not above anybody to say I won’t do the work. I’ve cleaned up a lot of stuff in my life. It’s all part of it. It’s all good.

EWI: What do you like least about your job?

Stephen: It’s got to be sucking chicken blood out at 2 o’clock in the morning. You get stuff like that in your nostrils, and you don’t get it out real quick. It takes days to get that smell out of your nose.

The nastiness. And I’m gone from home a lot. I was blessed when my kids were growing up, I was home every night. So, it doesn’t really bother me. Would I like to be home? Yeah, I’d like to get a milk cow and tend to it. I don’t want to have my wife tend to all of my stuff.

That’s got to be the two things I don’t care much for about our company. Stephen lines a roll off box with a protective tarp.

EWI: What does a typical day look like at EWI?

Stephen: A typical day is keep your phone handy because it’s going to ring. It’s going to ding, and they’re going to want you to do something different. It happens more than you might think.

You might start out in Arkansas today and Nebraska tomorrow. You never know. I guess that’s what’s kind of exciting about the whole job. You never know where you’re going to end up.

You always have to mess with the client’s schedule, my schedule, the landfill’s schedule. It’s our place to make everybody happy.

EWI: How much do you travel for work?

There’s three months out of the year I’m gone constantly on railroad runs.

SELECTED FOR YOU:  EWI Named One of Midwest’s Fastest-Growing Private Companies by Inc. 5000

When they send me places, it’s fine with me, because I like going different places.

As a driver, I travel quite a bit. One of the good things about it is you get to stop at a nice hotel and have a nice sleep somewhere. I’ve slept in many trucks, and that’s not very much fun.

EWI: How many hours a week do you typically work?

Stephen: Somewhere around 65. That’s probably a good average. Some weeks 50, some weeks 80.

When I got hired, I was hired as an equipment operator, driver and technician. Right up front, Janie said I would be doing three different jobs, but a lot of driving.

EWI: How do you feel about the manual work you perform?

Stephen: It’s a piece of cake. It’s not that big a deal. As long as my old body will let me do it. 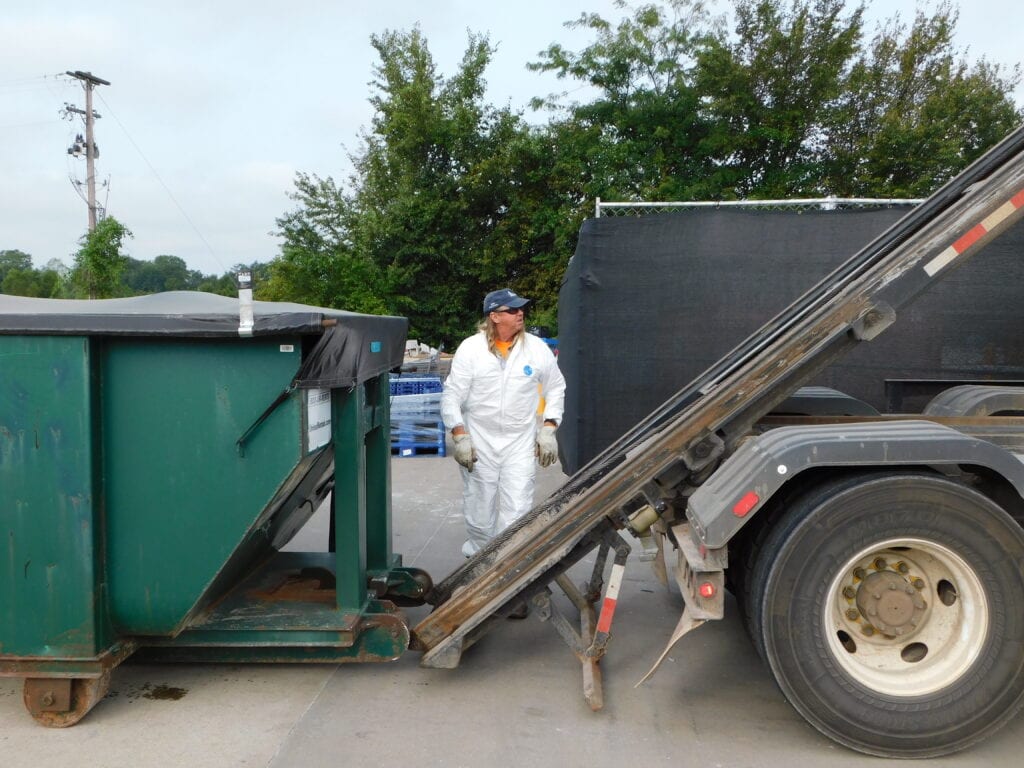 Stephen gets ready to unhook a roll off box from an EWI truck.

EWI: How do you feel about getting dirty and gritty?

Stephen: It’s no big deal. We’ve got showers. Would I rather not? Well yeah I’d rather not get all nasty. But sometimes you’ve got to get in and get some.

EWI: What jobs did you work previously to EWI?

Stephen: I fracked oil wells in Texas for five years, which really got me thinking about this line of work because there are a lot of environmental companies in the oil fields. This is a lot better. It’s a lot closer to home.

EWI: How do you feel about your compensation and benefits?

Stephen: I’m content with my wages. I wish we had more affordable insurance. That’s the real issue right there.

EWI: What do you like to do outside of work?

Stephen: Well, at one time, I used to like to hunt and fish. But now we’re just trying to clean up our 10 acres down home. We’re building a fence around the property, so when I do retire, we’ll be able to get that milk cow I was talking about, and a couple hogs. I spend a lot of time with my grandkids. I put a pool in for them.

EWI: How many kids do you have?

Stephen: I’ve got two kids, a boy and a girl. And I’ve got four grandsons and two granddaughters. EWI: What could be changed to improve EWI?

Stephen: A bigger parking lot at the Springfield office. It would just make us more efficient. And a bigger back lot would be good.

I know EWI is growing a lot. We’ve got a lot of people on our minds and we’re hiring a lot. But, that’s part of the growing pains. You’ve got to expand and support offices that aren’t making the revenue.

EWI: How do you feel about your work/life balance?

Stephen: Sometimes it really sucks. But for the most part it isn’t that bad, especially for me. I don’t get called out on a lot.

I don’t complain. I get two days off in a row.

It’s not too bad. We could use some more help though.

EWI: Did you go to school for anything?

Stephen: I went to school for telephone communications in the Marine Corps. I was in the Corps for three years.