On December 13, 2020, EWI lost a great one. Tommy Bieker, EWI Principal and fearless GSD-er, was one of a kind. Whether in his work, personal life or any other endeavor he pursued, the bigger the challenge, the more energy he brought. Tommy joined EWI in February 2014, just a year and a half removed from the loss of our founder, Robin Melton. His impact was felt immediately across the company. A persistence to show we could be the best and an infectious energy for business growth, Tommy took the lead on EWI’s most ambitious pursuits over the next several years. So often, his greatest eventual achievements started with a familiar phrase – “So, I’ve got this idea!” Tommy Bieker (back row, fourth from left) poses with his EWI teammates at the 2016 Bass Pro Marathon Relay. 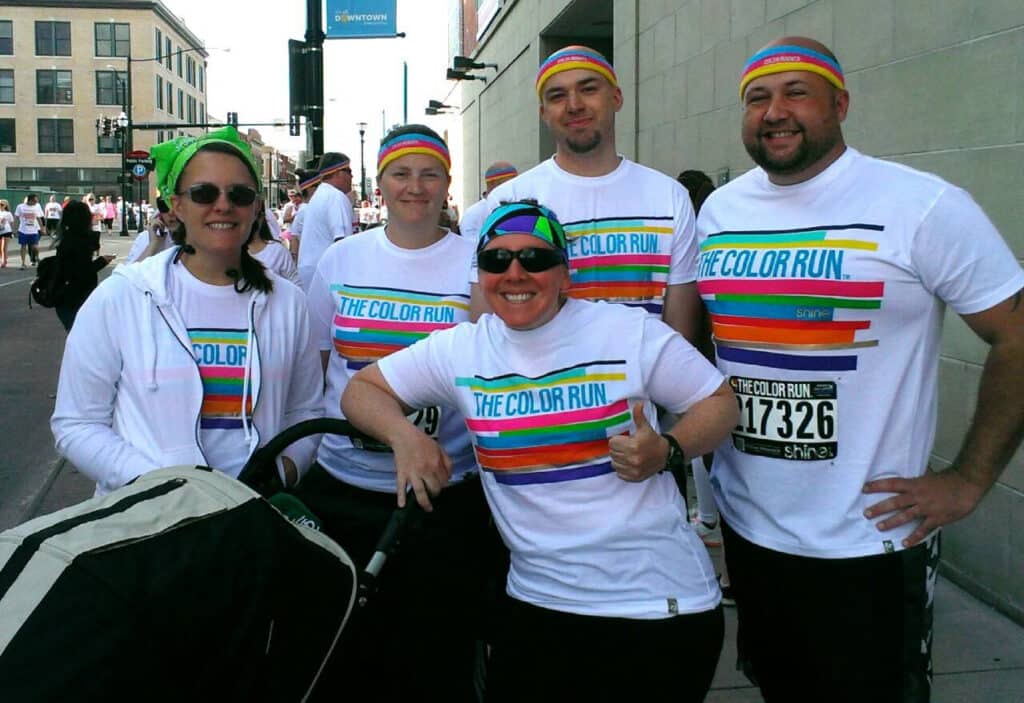 Committed to taking quick action on those ideas, Tommy personified our GSD Culture and would proudly ring the GSD Bell at the office – a call for celebration of a victory. His greatest bell ringing came in October 2019 when, after a year of fighting Leukemia, Tommy beat it into remission. Tommy Bieker speaks to a crowd outside of the City of Springfield’s Environmental Resource Center.

We got six more months of Tommy’s fearless spirit before the cancer returned. But even then, while lying in a hospital bed for months of chemotherapy as he prepared for a bone marrow transplant, Tommy continued to have his ideas, and take action. His spirit was as strong as ever. Giving no indication that he was fighting for his life, Tommy would lead a critical client call from his hospital bed at a moment’s notice.

In the end, cancer thinks it won, but the real winners were all the teammates and friends that Tommy inspired during his time with us – a time far too short.

Rest easy, our friend. And tell Robin about all the great things you did for her Company. Exaggerated or not, she’s going to love your stories!

Your EWI Teammates and Friends